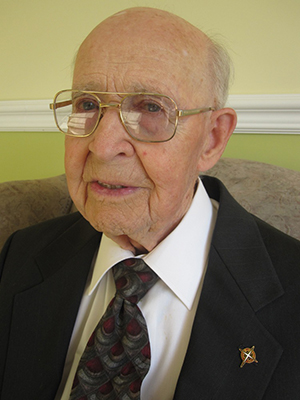 Brother Alphonse Boutin (Brother Edmond), of the Francophone Canada District, a longtime science teacher, passed away on June 16, at Sacré-Cœur Hospital, in Montréal (Québec). He was 101 years and 8 months old. Until the very last days, he was retired at the Brothers’ nursing home in Laval (Québec), where he arrived in 2011, coming from the other nursing home the Brothers had in Québec City.