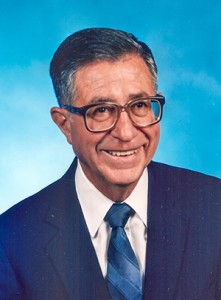 MILESTONES:
Born August 31, 1926, in Las Nutrias, NM, the son of Hipolito Esquibel and the former Eloisa Martinez (deceased)
Entered the Juniorate in Las Vegas, NM, June 14, 1944
Received the habit of the Brothers on August 14, 1945
Made final profession of vows on June 9, 1951