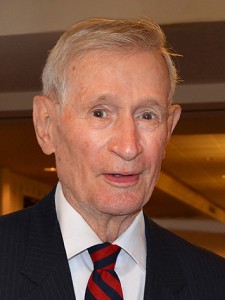 A De La Salle Christian Brother for 72 years, he was born James Raphael Walsh in St. Louis, MO, son of Francis A. Walsh and Helen C. Dolan. He graduated from La Salle Institute in Glencoe, MO, and entered the Novitiate in 1941. He professed his first vows in 1942 and his final vows in 1948. Brother Frank earned a B.S.S. degree from Saint Mary’s University of Minnesota in Winona, an M.A. from DePaul University in Chicago, IL, and a Ph.D. from St. Louis University in Missouri. During his years as an educator he taught at high schools in Chicago, IL; St. Paul, MN; Amarillo, TX; and St. Joseph and Jefferson City, MO. He also taught at Saint Mary’s University and at St. Louis University. From 1983-1990 he was auxiliary provincial for the former St. Paul/Minneapolis District. He retired in 1993 and recently lived at Callista Court in Winona, MN.