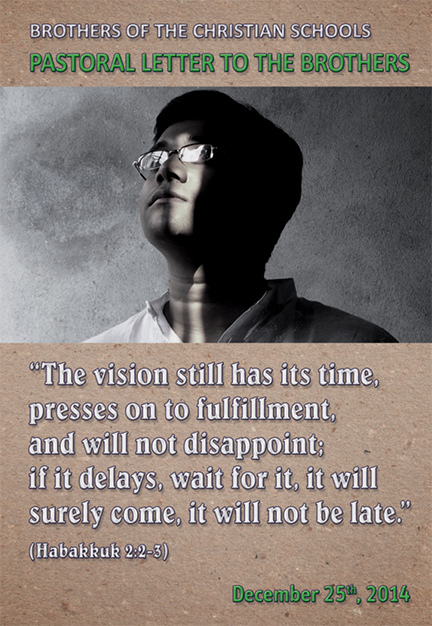 Superior General Brother Robert Schieler, FSC, offers a special Christmas wish to Lasallians asking them to renew their commitment to announce the Gospel to all, especially the poor and forgotten, through their ministry of providing a human and Christian education. As part of this Christmas message, Brother Robert also released a Pastoral Letter to the Brothers in which he discusses the continued vitality of the Lasallian mission, focusing on this prophetic passage, “The vision still has its time, presses on to fulfillment, and will not disappoint; if it delays, wait for it, it will surely come, it will not be late.” (Habakkuk 2:2-3)