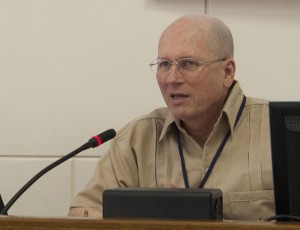 Brother Thomas Johnson, FSC, will serve as the next director of the Novitiate for the Lasallian Region of North America (RELAN). General Councilor Brother Timothy Coldwell, FSC, announced the appointment effective November 30, 2014.

Brother Tom brings to the role a life of service in community, District, Regional and Institute leadership, most recently having served as Vicar General from 2007 – 2014. He previously served as Visitor of the former Chicago District, where he led the joining of three Districts into today’s Midwest District. After leading the Midwest District as Visitor from 1995 – 2001, he served as Regional Coordinator at Christian Brothers Conference from 2002 – 2007 before being elected Vicar General.

“His personal, professional and ministerial knowledge and wisdom will provide a solid foundation for this vital work,” said Brother Timothy. “He is held in the highest regard by the Brothers of our Region for his integrity and enthusiasm, and will build on the work of the past several years.”

Brother Tom succeeds Brother Kevin Slate, FSC, who first served as assistant director of the Novitiate and then as director for the 2010-2011 and 2013-2014 novitiate groups. Brother Kevin will continue to accompany contacts and postulants in the District of San Francisco New Orleans. 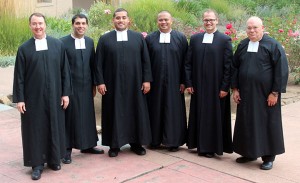 “Kevin brought a seasoned understanding and positive energy to personal and group needs in the novitiate year,” said Brother Timothy. “Ever open to emerging movements in religious life, especially our Brothers’ life, he designed an outstanding program aimed at helping the novices to build life-sustaining and life-long skills for spiritual and professional growth.”

In making the announcement about Brother Tom, Brother Timothy also announced that the RELAN Novitiate will move from Mont La Salle in Napa, California, to the Chicago area to take advantage of theological, inter-community and ministerial resources in the area.

“I am deeply grateful for the storied service provided by the Mont La Salle Novitiate to the Region,” Brother Timothy said. “For many years and many classes of novices, Mont La Salle has provided an exceptional setting for the intensive growth required of a disciple of Christ and son of De La Salle.”