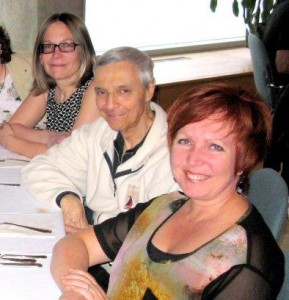 The fundraiser brought in approximately $5,836 USD. The money will be used to help cover costs for less fortunate children to attend the center, and to buy and maintain equipment and facilities. The fundraising program included drawings, music and dancing, tickets for shows and other donated gifts sold by auction, and a seven-course dinner, prepared by the chef of Résidence De La Salle (the Brothers’ nursing home, in Laval, Québec), where the event took place.

The center is currently undergoing major renovations that will total approximately $1.5M USD when completed in 2015. The renovations include improving the sewage system and installing two new dormitories in 2013, building a new multi-use building with a kitchen, dining room, restrooms, and a meeting and activity room in 2014, and constructing a new repair shop along with demolishing old buildings and creating a new playground in their place in 2015.