Day two of the LASSCA Conference began Monday, February 24 with prayer and a business meeting that included the election of the new LASSCA Vice President, Denise Jones, President of La Salle Catholic College Preparatory in Milwaukie, OR, among other things. A general session address from Rob Mancabelli, CEO and Co-Founder of BrightBytes in San Francisco, CA, followed. In his address, Mancabelli discussed the difference between the hype around modern technologies and the real changes educators need to understand using captivating infographics and heartfelt stories.

“We all think by just putting the iPad in their hands or creating a special kind of room that we’ve created this 21st Century learner and teacher, and he hit the nail on the head because it takes so much more than that,” said Peggy St. John, who currently serves as principal at De La Salle High School in New Orleans, LA, and has taught at the school for 32 years. “I think ‘connectedness’ is the key word. Getting the kids connected with much more than we could offer at our one school or in one block, they could work with people all over the world.” 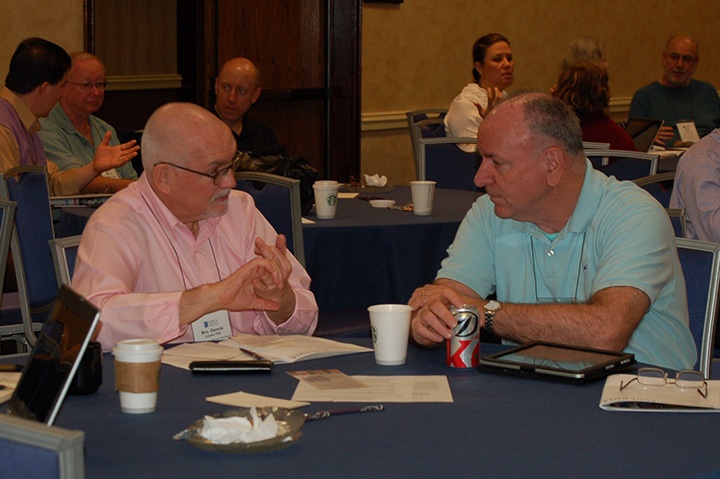 Mancabelli’s presentation paved way to a full day of enlightening breakout sessions. The two rounds of breakout sessions focused on a variety of topics, including lessons learned by a Lasallian school that recently experienced a school shooting, a healthcare update giving information about how the Affordable Care Act (ACA) will impact Catholic schools, and things to consider when starting a STEM program.

Monday concluded with District socials and dinners, allowing participants to build stronger community with one other that will carry throughout the conference.

Check back here and visit Facebook and Twitter with #LASSCA2014 for frequent updates and pictures throughout LASSCA.