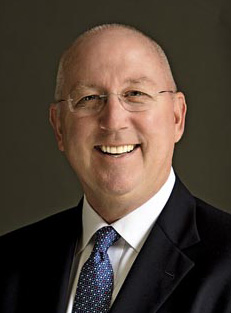 Knight has spent the past 28 years in Catholic secondary education, including roles such as president at St. Ignatius College Preparatory in San Francisco, California, and Canisius High School in Buffalo, New York. Prior to transitioning to leadership, Knight spent 15 years at University of Detroit Jesuit High School in Michigan in campus ministry and as a teacher and coach.

“I am grateful to the Board of Trustees for the invitation to serve the De La Salle Collegiate community as its next president,” said Knight in a news release from the school. “A Lasallian education is a gift from God, and a call to each one of us to continue each day to live out the Gospel message of Jesus to love one another, to be accepting of all, to forgive those who harm us, and to always take care of those who are marginalized in our world. De La Salle Collegiate is a school that has, through its storied history, represented well the spirit of St. John Baptist de La Salle. It is an honor to be joining this exceptional school community.”