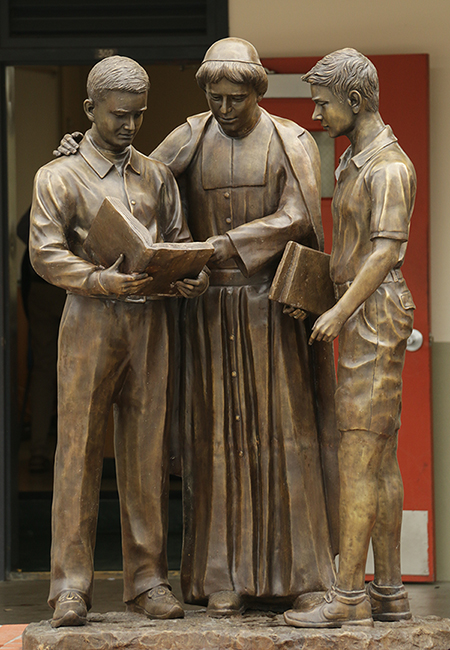 The bronze statue features the Founder, St. La Salle, with two teenaged boys looking at an open book together. The statue was specially designed for De La Salle High School and was fully funded by grants received for the purpose.