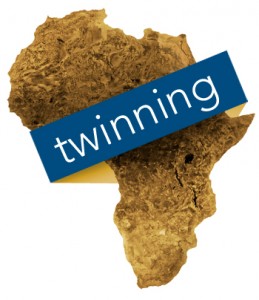 The District of Eastern North America (DENA) is accepting applications for its 2014 Twinning Summit, a pilot program to visit twin schools in Africa’s Lwanga District in an effort to enhance twinning relationships.

While participants will primarily be from DENA, the District is now accepting applications from twinning coordinators and administrators in the Region’s other Districts. The two-week program includes an opportunity for participants to share common experiences and hopes for twinning, not only with one another but also with Lasallians in Africa. Participants will visit Child Discovery Centre, Rongai Agricultural and Technical School, Mwangaza College, and St. Mary’s Secondary School and Child Rescue Program. The visits to those twin schools will come after a two-day program organized by the Maryknoll Institute for African Studies, an affiliate of Saint Mary’s University of Minnesota, and hosted by Christ the Teacher Institute for Education (CTIE).

Learn more about applying and costs on DENA’s website >