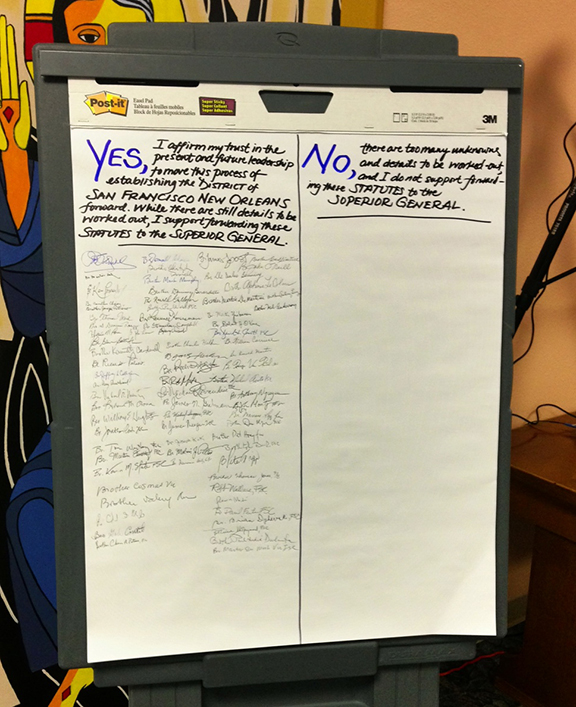 date for the inauguration of the new District is July 1, 2014.

The Brothers took part in discussion, prayer, and community during the June 10 – 13 gathering at Mater Dolorosa Retreat Center in Sierra Madre, CA. During that time, they discussed, revised, and voted on statutes that would constitute a new District. By signing their names to the “yes” column at the conclusion of the Assembly, Brothers unanimously affirmed the statues, which will now be sent to Superior General Brother Álvaro Rodríguez Echeverría, FSC for approval. 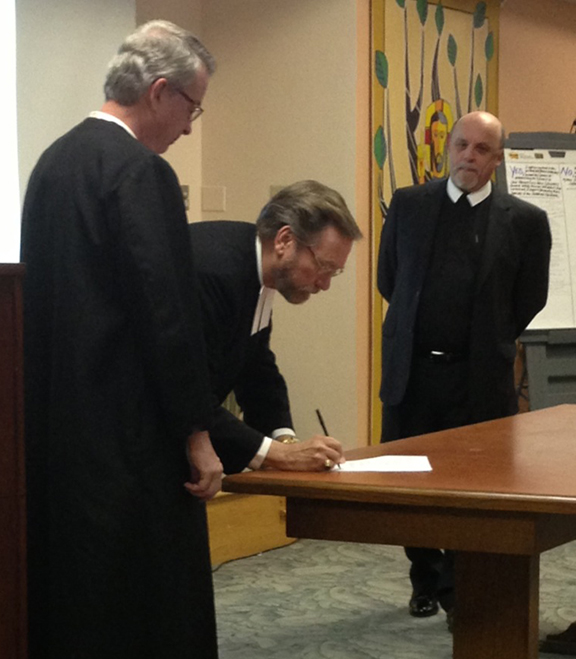 “Guided by the creative leadership of their Visitors, Brothers Donald (Johanson) and Timothy (Coldwell), the Brothers of the San Francisco and New Orleans-Santa Fe Districts, believing in one another and in the vitality of the Lasallian mission in our Region have taken the bold step to create a new reality for the future of that mission,” said General Councilor Brother Robert Schieler, FSC. “The Partners and Brothers who will comprise the new District of San Francisco New Orleans are writing a new chapter in a glorious history of innovative educational service to the poor, the young and the adults in our country, on our continent and beyond. Congratulations to all who contributed to this act of faith in our collective future.”

The new name was chosen from several proposed names that had emerged during a nominating process held in both Districts earlier this spring. In their vote, the Brothers indicated that there would be no punctuation separating the two cities’ names, emphasizing the founding of a single and united District.

The Assembly closed with a Mass and celebration which included welcoming new postulants (Armando Carvalho, Javier Hansen, and Joseph Wright), the taking of the Habit by Brothers Roberto Martinez and Patrick Martin, and the renewal of vows by professed Brothers.