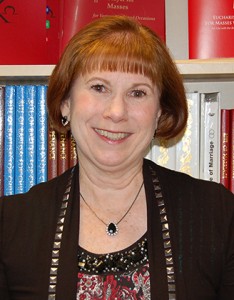 Dr. Margaret McCarty, the first executive director of Christian Brothers Conference, has announced her resignation effective June 1, 2015, at the conclusion of four years of service.

As executive director, McCarty serves in a leadership role in developing programs and services to advance and promote the Lasallian mission in the Region. She is a key representative of the Lasallian educational network to a variety of external organizations.

McCarty has led Christian Brothers Conference to achieve many accomplishments, including continuing excellence in programs, enhancing communications, stabilizing and expanding fundraising efforts, and implementing the Lasallian Education brand throughout the Region.

“The Brothers deeply appreciate, honor and affirm the leadership Maggie has brought to the Conference and the Region,” said Brother Timothy Coldwell, FSC. “She has extended the name and gift of Lasallian education beyond our network to the Church while ensuring its integrity and growth within.” 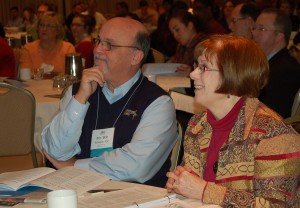 In 2011, the Regional Conference of Christian Brothers (RCCB) established the role of executive director and the Lasallian Education Council in response to a call from the Institute of the Brothers of the Christian Schools for Brothers and Partners to share responsibility for the Lasallian mission. The Lasallian Region of North America (RELAN) was the first Region to develop this innovative structure of shared leadership.

“Dr. McCarty is a regular and appreciated participant in the meetings of the RCCB, and from the start has been a quick study in learning the Lasallian landscape, ‘getting’ the mission, and taking our purpose and charism to heart,” said Brother Dennis Malloy, FSC, Chair of the RCCB. “Maggie has boundless and contagious energy for mission, is a natural connector of people and ideas, and an enthusiastic and effective ambassador of all things Lasallian within and outside the Lasallian world. I look forward to our continued collaboration, am personally grateful for her friendship and accomplishments, and wish her abundant blessings in the days ahead.”

“On behalf of the Lasallian Education Council, I would like to express our deep gratitude to Dr. Maggie McCarty for her leadership as executive director,” said Charlie Legendre, AFSC, Chair of the Council. “Maggie has poured her talent and energy into organizing a Conference office that has maintained high standards in formation programs, communications, branding and many other initiatives. We look forward to Maggie’s continued leadership and thank Maggie for her efforts to advance the Lasallian mission in RELAN.” 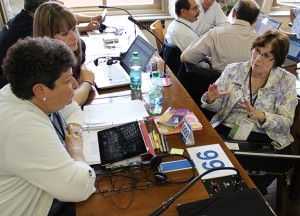 “It has been my honor and privilege to have served the Region as executive director in these first years of a new and innovative structure,” said McCarty. “I admire the work of the Districts, schools and ministries in the Region and wish them well. I will carry the Lasallian charism in my heart, and cherish the many friends and colleagues I have met during my four years of service.”

Over the next five months, McCarty will continue her role of accompanying Conference staff and Regional programming, representing Lasallian education externally, collaborating with the General Councilor in implementing the propositions of the 45th General Chapter, and focusing on implementing priority initiatives as identified by the Council.