Dunrovin Christian Brothers Retreat Center in Marine-on-St. Croix, MN, is celebrating a milestone this year, as 2014 marks the 50th Anniversary of the youth ministry. The 50th Anniversary Committee has planned events that will happen throughout the year, but the celebration kicked-off on Sunday, March 16, 2014, with an afternoon Mass of Thanksgiving. About 60 people joined together for a time of praise and worship, thanking God for his good works through Dunrovin’s 50-year ministry of hope and spiritual growth. 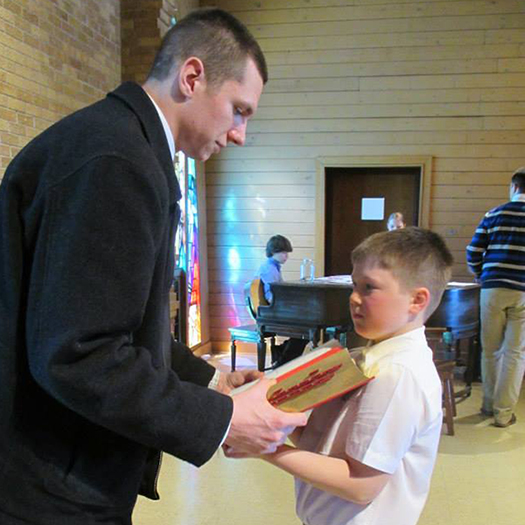 “The highlight of the event was the variety of people that attended,” said Jerome Meeds, Executive Director at Dunrovin. “There were past and current board members and staff, retreat participants, and Brothers. Many of them see Dunrovin as a spiritual home, which helps us all feel very connected.”