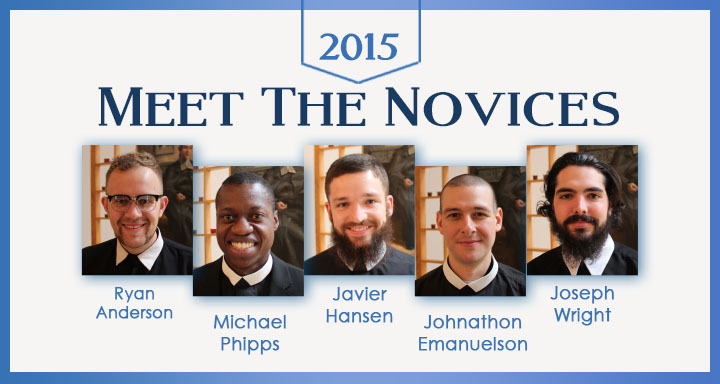 On August 1, 2015, five young Brothers from the Lasallian Region of North America (RELAN) will enter the Regional novitiate.

The young men preparing to enter into this year of deep discernment are: from the Midwest District, Brothers Ryan Anderson, Johnathon Emanuelson and Michael Phipps; and from the District of San Francisco New Orleans, Brothers Javier Hansen and Joseph Wright. These Brothers have been in the postulancy for at least two years, have lived in community, have served in Lasallian ministries, and have attended retreats for Brothers in initial formation.

This year, the novitiate is newly located in Chicago’s Hyde Park-Kenwood neighborhood in order to take advantage of the theological, inter-community and ministerial resources in the area. The novices will participate in an Inter-Community Novitiate program with about 30 other novices from men’s and women’s congregations as part of their year of spiritual development.

Click here to learn more about Brothers Ryan, Johnathon, Michael, Javier and Joseph. Please print the document as a reminder to pray for the Brothers during their novitiate year as they discern their commitment to lives as Christian Brothers.