Fifty-four lay Partners and Brothers from all over the Institute of the Brothers of the Christian Schools gathered in Rome from January 7 – 31, to participate in CIL 2014, a formation program that centered around the theme Animating Lasallian Groups and Communities. 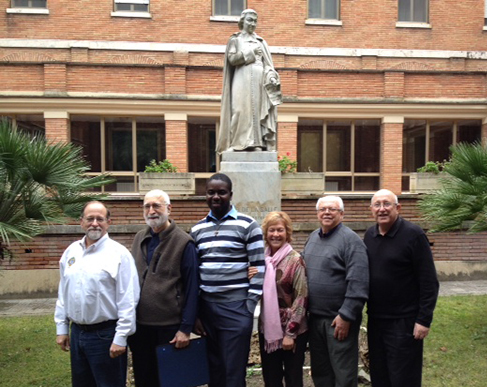 The time spent together by this group of 26 lay Partners and 28 Brothers, was a response to a call to action heard in Circular 456: “Promote the continuing formation of formators and leaders of Lasallian groups and intentional communities, and develop a formative session, especially addressed to Brothers and lay formators and leaders of these groups and communities.”

Participants covered topics that focused on creating a better understanding of the factors and dynamics involved in human development, community building, and strengthening the Lasallian mission from different perspectives. The discussions helped them recognize their responsibility for animation, which will in turn help them more adequately meet the needs and face the challenges seen in the new realities in community and mission today.

“So here we are, 54 of us, all sharing the same Lasallian mission, but living it in very different environments and situations,” said Sylvie Courtemanche. “The sharing on those subjects were very fruitful and enriching; it was a great experience to discover the many shapes of the Lasallian communities.”