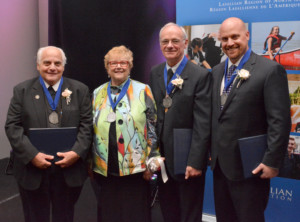 The 44th annual Huether Lasallian Conference concluded Saturday, November 18 with a Mass and banquet honoring the 2017 Distinguished Lasallian Educators (DLE). The DLEs represent the District of Eastern North America, the Midwest District and the District of San Francisco New Orleans. They were selected by their ministries and recognized for their exceptional work in touching the hearts and minds of their students, often leaving a lasting impression that makes a difference in the world. 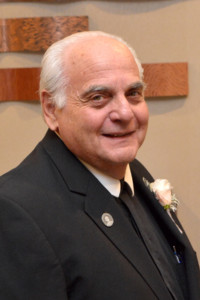 A Christian Brother since 1964, Brother Joseph Brienza, FSC, has served in six different Lasallian ministries during his 49-year educational service journey. While most of his professional career was as a history teacher, he also has served as a campus minister, religion teacher, vocation director, and now serves as a freshmen and sophomore guidance counselor at Christian Brothers Academy in Lincroft, New Jersey. His colleagues view him not only as that “older” Brother to his students, but to them as well. His gregarious nature and authenticity has endeared him to all he has encountered over these many years.

“It’s been 53 years as a Brother, and one of the things is you’re honored almost every day, but today, in a very special way, when the Brother recognize you is a really special treat for me.” 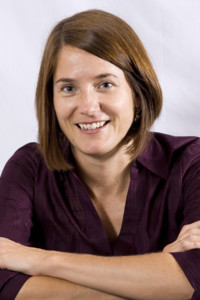 Dr. Maureen O’Connell, while relatively new to the Lasallian mission, has made an immediate and significant impact upon the La Salle University community. As a distinguished scholar and prolific writer and presenter, Dr. O’Connell has spear-headed a revitalization of the Religion Department, evidenced by a significant increase in majors and minors. Leaving a tenured position at Fordham University, she returned to her deep Philadelphia roots embracing her sense of symmetry with the Lasallian charism and her commitment to justice. She has channeled her passion, generosity and imagination into helping to build and give witness to a vibrant, participatory, inclusive community at La Salle.

“What I’ve learned is that teaching is really a vocation of the heart. When we say, ‘Live Jesus in our hearts forever,’ it’s not just a statement of belief, it’s an invocation that says, please allow the values of Jesus to animate the work that I do. I am very grateful for having learned that, because it has transformed my own sense of who I am trying to be as an educator.” 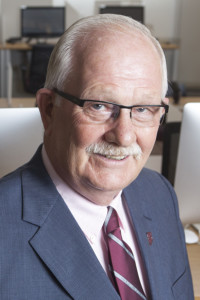 Robert T. Scott, AFSC, has served in numerous roles throughout his 48-year career at St. Joseph’s Collegiate Institute. He joined the faculty as a religion and history teacher in 1971 and served as vice principal for 20 years before becoming principal, then the school’s first lay president. In each role, Mr. Scott’s contributions and genuine care has impacted thousands of young men and their families. In recent years, his tireless fundraising efforts have remained focused on ensuring that a quality St. Joe’s education is affordable and accessible. As a testament to his service, he became an Affiliated Member of the Brothers in June 2001 – the Institute’s high honor. 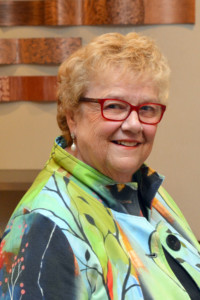 During her more than 25 years of service to Lewis University, Dr. Jeanette (Jan) Mines has made extraordinary contributions to the Lasallian character of the university as an outstanding professor, the founding dean of the College of Education, and as a skilled administrator. Most importantly, she has lived out De La Salle’s exhortation to “touch hearts” through her work with students and in her interactions with colleagues. Known for her sense of humor and honesty, inspiring example, and thoughtful mentoring of young faculty and students, she represents what we most appreciate about educators in the Lasallian tradition.

“I’m very humbled and very honored because the people at Lewis that have gotten this before me are certainly my mentors and role models, so I feel very good about that. I feel blessed to be in the Midwest District, which has been an incredible experience for me.” 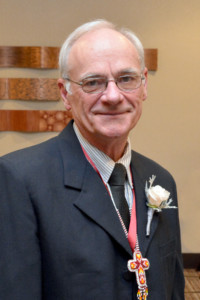 Celebrating his 50th year as a Christian Brother this year, Brother Dale Mooney, FSC, has served the past five years at De La Salle Blackfeet School in Browning, Montana. During his time in Browning, he has served at different times as the principal and a teacher, while carrying out his responsibility as president. He has contributed greatly to the stability of the school by establishing a strong community of volunteers and teachers, retaining staff for multiple years, strengthening relationships in the community and with donors, and caring for the students. Brother Dale has met the challenge of carrying on the Lasallian spirit to a geographically remote region and a population greatly in need of faith-based education.

“Certainly, I’m humbled by it because what I do, these are the things that I would expect myself to do. To me, it’s a recognition of so many people who have been a part of my life, both students in the classroom, staffs that I’ve worked with, Brothers and others, family that have been very, very instrumental in this.” 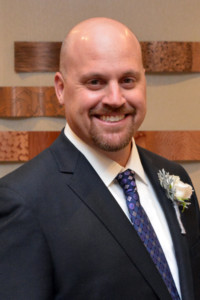 Tim DeNezza exemplifies the Lasallian mission whether it is in the classroom teaching AP U.S. history, moderating National History Honor Society, attending retreats, or traveling abroad with students. He embodies the Lasallian spirit and transforms the lives of our students by inspiring them to take risks and push beyond their academic and personal boundaries. His ability to build relationships with students so that they believe in themselves and accomplish more than they ever could have imagined is extraordinary. Tim is an individual who is truly selfless for the betterment of his school community and, most importantly, his students.

“It’s an amazing honor. I know that not many people get this honor, so to be chosen is really nice recognition of a lot of years of a lot of hard work. It’s a real honor.”