In Memory of Herman Shum 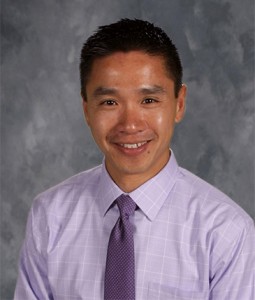 A statement posted on Saint Mary’s website described Shum as “an extraordinary educator who touched the lives of hundreds of students in his eleven years at Saint Mary’s. He was a brilliant teacher and administrator.”

In a letter to the school community, Robert Jordan, president of Justin-Siena wrote, “On this Feast Day of the Holy Family, I ask that you hold in your prayers Mr. Shum’s wife and his daughters. May they find comfort in the many families and communities who will wrap their arms around them.”

Shum was 40 years old. He is survived by his wife, Janelle, and two daughters, Nikki and Monica. His funeral Mass is scheduled for January 10, 2015, at St. Cecilia’s Catholic Church, 2555 17th Avenue, in San Francisco. Visitation will begin at 2:00 p.m., with Mass beginning at 3:00 pm. A reception will follow.