The meeting focused on the International Symposium of Young Lasallians scheduled in February 2014, which will inform the upcoming General Chapter on short-term and long-term objectives and lines of action for the global Young Lasallian Movement.

Representing RELAN on the council are Jolleen Wagner, Lasallian Volunteers Director, and Catherine Déry, Directress of Activities at Camp La Salle in Quebec and a member of the Lasallian Educational Services Council in the District of Francophone Canada.

The September meeting was Wagner’s first, which was an eye-opening experience. “Learning about Young Lasallians in these other contexts was life-giving and exciting, and it was a gut-check moment,” she said. “We have some amazing initiatives and programs here. Still the question remains if we are using our resources to their fullest potential. Every Region has room to learn and grow from one another regarding the ways we further the mission of the Institute.”

“Gathering each year with the YL representatives is always a breath of fresh air, an empowering moment which galvanizes me with ideas, fraternity moments and possible actions,” said Déry.

In addition to Wagner and Déry, the ICYL includes a representative from each of the other four Regions of the Institute, coordinator Joseph Gilson from Malta, and the Institute’s Secretary for Lasallian Family, Brother Charles Kitson from the District of Eastern North America.

Other projects of the ICYL include the production of the LUMEN newsletter and organizing the Many Stars…One La Salle project, with groups of Lasallians throughout the world gathered in the shape of a star for a photo shoot. 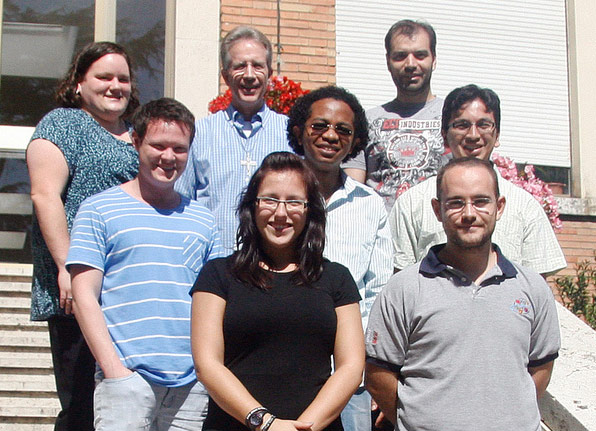