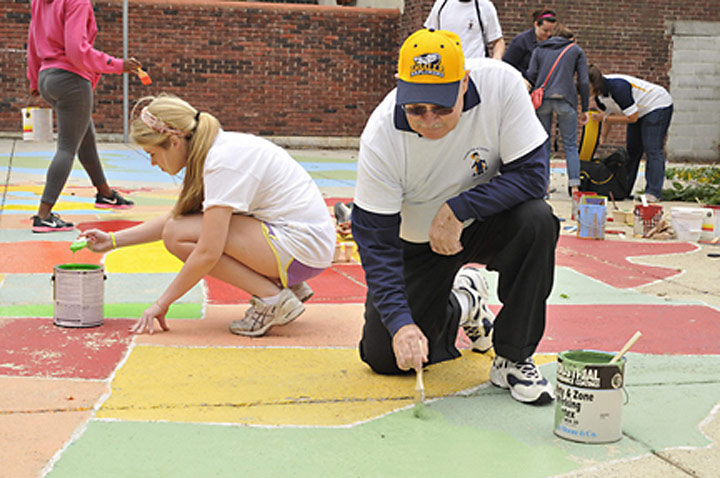 More than 1,100 alumni, students, faculty, staff and parents of La Salle University in Philadelphia, PA, participated in the Lasallian Day of Service September 29, 2012 to mark the University’s 150th anniversary.

La Salle organized the event to highlight the University’s heritage of service. “The theme of our sesquicentennial celebration is ‘Living the Promise,'” said Brother Michael McGinniss, FSC, La Salle President. “It is our way of saying that while La Salle has grown and adapted to meet the circumstances and needs of the times, we have been faithful to our mission.”

In recent years, La Salle students have contributed more than 50,000 hours of community service annually. The Carnegie Foundation for the Advancement of Teaching selected La Salle for its Community Engagement Classification, one of only 115 institutions to earn the prestigious recognition.