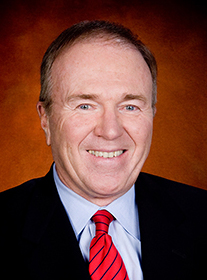 “I look forward to providing the best leadership possible to the La Salle community and to participating in the life of the University,” said Gallagher in this announcement. “In addition, I look forward to supporting the University as it takes steps into the future and to assisting the Board of Trustees in the search for the next president of this fine institution.”

Dr. Gallagher will succeed Brother Michael J. McGinniss, FSC, who will end his term on May 31, 2014, after 15 years as president.

Dr. Gallagher’s experience includes serving as president of Philadelphia University for 23 years, president of Mount Aloysius College from 1977 – 1981 where he was also the first lay leader in the school’s history, and interim president of Arcadia University in 2011. He is also a former Chair of the Pennsylvania Board of Education, a position he held for nearly a decade, among other high-level roles he held in the state’s educational system.