The District of San Francisco has named an executive director for its new charitable fund. Matt Powell, president of De La Salle North Catholic High School in Portland, OR, will take on the leadership role of the Lasallian Christian Brothers Foundation (LCBF).

The LCBF is a new District 501(c)(3) charitable corporation established to fund education for needy students and for the welfare of the Brothers. Funds LCBF raises will be disbursed to the Lasallian Education Fund (LEF) to help families with tuition and to the Christian Brothers Charitable Trust (CBCT) to support the needs of retired senior Brothers and the vocations and formation of young Brothers. Matt will work closely with Brother Mark Murphy, who currently is vice chair of LCBF. 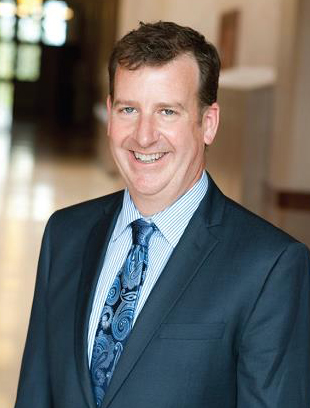 Matt comes to the position with 19 years of experience in Lasallian education, including 14 years at De La Salle North Catholic where he was the founding president. He also previously served in a variety of roles at La Salle High School (now La Salle Catholic College Preparatory) in Milwaukie, OR.

“It has been a blessing to be involved in an amazing ministry for these past 14 years,” Matt said. “It has been an honor to have worked with an outstanding group of Lasallian educators, benefactors, and supporters. I will miss the students and their families. I am excited to continue working to make Lasallian education an option for the underserved.”

Matt will begin serving as LCBF’s executive director once a new president of De La Salle North Catholic is named.

Read more on the District of San Francisco’s website >