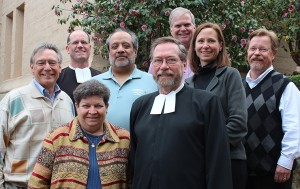 Team members’ terms of office and formal duties begin with the District’s inauguration on July 1, 2014. However, planning for the new District will continue with a series of team meetings on March 31 – April 4.

Speaking to the growing preparations for the District, Brother Donald stated, “While there is much to do, I remain confident we are up to the challenges that lie ahead. As I have said many times, we are in the midst of a process that will not be completed on July 1, 2014. Yes there will be bumps in the road, but as one Brother said, ‘Just slow down for the bumps.’…Please continue to pray for us as we address the opportunities that the Spirit is inviting us to embrace.”