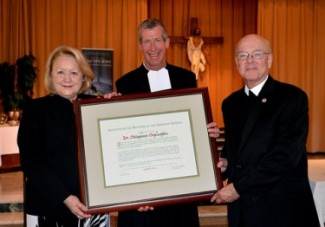 Schlachter has served as provost of Lewis University since 2001. Previous roles at Lewis University include vice president for mission and planning and vice president for mission and development. She participated in the Buttimer Institute of Lasallian Studies and has received awards for her work in education. Schlachter is also known as a speaker, author and presenter on various Lasallian topics.

Read more from the Midwest District >