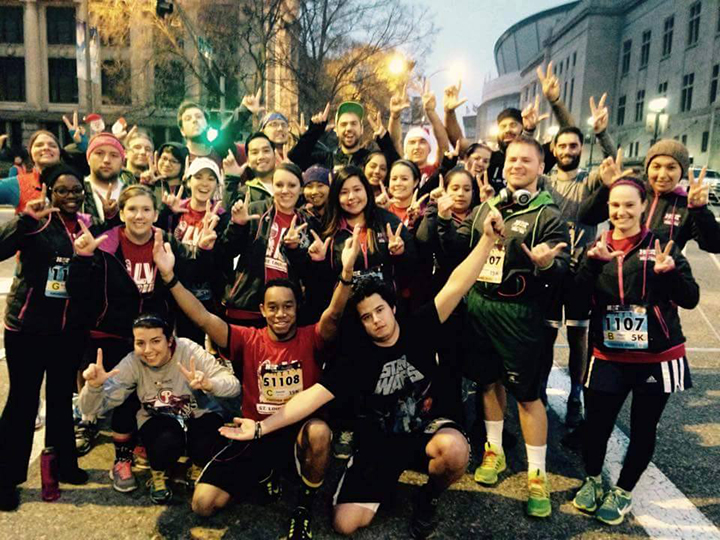 came together the weekend of December 12 – 14, for the 9th Annual LVs Run, which was held in St. Louis, Missouri, in collaboration with the Hot Chocolate Run. As an associate charity with the 5k/15k race, the LV program raised more than 90 percent of the $80,000 goal.

Approximately 50 current LVs, alumni, family, friends and Brothers gathered together for the race on Sunday and a pre-race dinner at St. Cecilia School and Academy in St. Louis and Mass at the Cathedral Basilica of St. Louis on Saturday.

Zachary Farley, second-year LV, member of the LVs Run committee, and this year’s top fundraiser, sees this event as important because it brings people together in support of the Lasallian mission. “It’s an event that is not wholly centered on the current LVs and helps foster a sense of the greater Lasallian community,” said Farley. “Former LVs can come to the run and support current LVs emotionally and financially.” 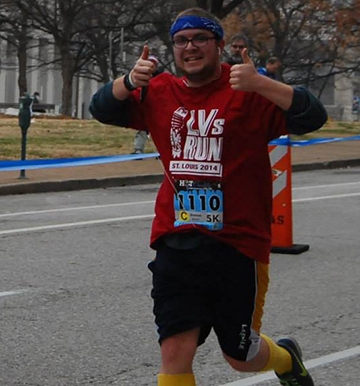 Second-year LVs Megan McShane, Emma Flowers, and Katy Noetzel also served on the run committee, as well as Samantha Almanza who is the first alum to serve on the committee.

After its unofficial beginning in 2006, LVs Run officially started in 2007 with 18 LVs and friends running the Chicago Marathon. That group raised more than $28,000. Since then, LVs Run has been held in Philadelphia, Newport (Rhode Island), Memphis, Minneapolis and Tulsa raising almost $300,000 over the years to support LVs.

Donations for LVs Run are still being accepted!