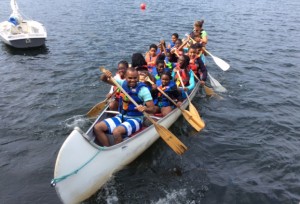 For the first year, Centre Saint-Michel, a ministry of the District of Francophone Canada, organized day camps for boys and girls living in a less fortunate neighborhood of Montréal. Sixty-five kids attended the camp with 45-50 participating each day, exceeding expectations.

Activities took place in city parks, some of which had swimming pools. On rainy days, campers moved inside into the basement of St. Michel parish church. One of the highlights was a weekend at Camp De La Salle, about 60 miles north of the city.

“The camps were a great success and will be unforgettable for the kids as well as for their leaders,” said Accilaire Ricardo Prosper, the program leader. 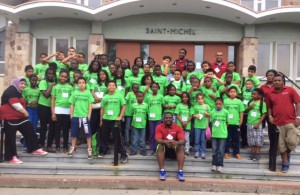 Prior to the camp, leaders held fundraisers to cover the fees for 10 children who could not afford to pay $100 for six weeks.

The District had attempted to organize this camp at the Visitor’s request four years ago and again two years ago, but organizers were not able to gather enough participants. This year, organizers started planning earlier, and the community welcomed the new camp.