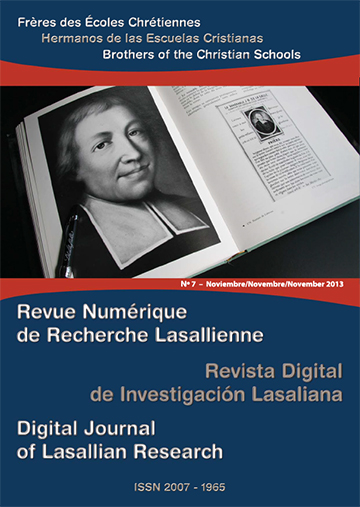 The seventh issue of the Digital Journal of Lasallian Research is now available on the Institute’s website. Opening Up Roads For Lasallian Research is a result of the 5th International Session for Lasallian Studies (SIEL), which was organized by the Institute’s Service of Lasallian Research and Resources during 2012 – 2013 at the Generalate in Rome. The purpose of this SIEL was promoting the formation of new researchers in the area of Lasallian thought. This issue is composed of research presentations, including those by Brother Al LeBlanc, FSC, and Bob Carrejo of the District of New Orleans – Santa Fe, and Brother Ernest Miller, FSC, of the District of Eastern North America.