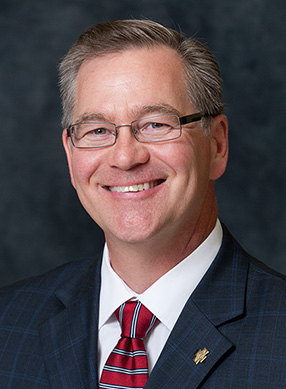 Cretin-Derham Hall in Saint Paul, MN, has announced a new president effective July 1, 2015. Frank Miley, JD, has been selected to succeed Richard Engler, who is retiring in July 2015 after 25 years of service to the school. During the 2014-2015 school year, Miley, who has served as the school’s director of development for the past five years, will serve as executive vice president.

Miley has been involved in the Lasallian mission in previous roles including as president of Holy Family Catholic High School in Victoria, MN. He served on a number of boards and committees throughout the Archdiocese and greater Twin Cities, including the former San Miguel Middle School of Minneapolis, Dunrovin Retreat Center, and the Lasallian Mission Council in the Midwest District. Miley earned his B.A. from the University of St. Thomas, his Juris Doctorate from William Mitchell College of Law, and an Educational Administrative License from St. Mary’s University of Minnesota.

“I am both humbled and honored to be selected as the next president of Cretin-Derham Hall,” said Miley in this announcement. “I look forward to continuing the tradition of academic excellence inspired by our Catholic faith, and the charisms of the Christian Brothers and the Sisters of St. Joseph of Carondelet. I am fully committed to ensuring that Cretin-Derham Hall remains accessible to students of all income levels and reflects the community we serve.”