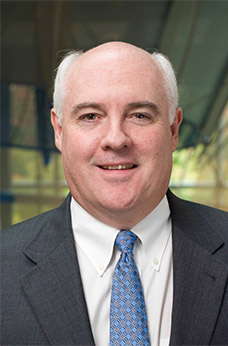 Timothy G. Hennessy has been selected as the new president of De La Salle North Catholic High School in Portland, OR. He succeeds Matthew Powell, the founding president of the school, who is leaving to become executive director of the Lasallian Christian Brothers Fund at Mont La Salle in Napa, CA.

Hennessy previously served at De La Salle North Catholic as vice president of institutional advancement from 2003 to 2008. “When I worked at De La Salle, I couldn’t wait to get there each morning,” he said. “I loved greeting students as they came to school. I have missed that. I look forward to standing at the top of the stairs again each morning to welcome our students.”

Hennessy not only has a strong relationship with the school, but he also has a long history of involvement with Catholic education and organizations serving low-income populations. After earning a Bachelor’s degree at Gonzaga University, he became a successful sales, fiscal, and operations manager in the business community. In 2003, he joined the staff of De La Salle North Catholic, and helped to move the institution to a position of financial stability. After leaving in 2008, he served as associate director and major gifts officer at the University of Portland until 2011, when he became the executive director and CEO of CASA (Court Appointed Special Advocates for Children), where he has substantially improved the organization’s financial position.

Hennessy will officially take on his new role June 9, 2014.