The Office of Lasallian Education will honor the groundbreaking work of Brother Lawrence Goyette, FSC, with the Brother John Johnston, FSC Award, the highest honor given in the Lasallian Region of North America, named in honor of the former Superior General of the Christian Brothers. Bro. Lawrence founded The San Miguel School of Providence (RI), which served as a model for similar Lasallian schools throughout the Region. San Miguel schools serve high-potential students of limited financial means who wouldn’t otherwise have access to quality education.

The Brother John Johnston, FSC Award recognizes Brothers and Lasallian Partners who have endeavored on the international or Regional level over many years to advance the Lasallian mission of providing a human and Christian education to the young, especially the poor. It is presented to those whose leadership, teaching, evangelization, or scholarly research and writing have borne witness to an abiding faith and zeal, and whose efforts have had a transformative impact upon the founding story as lived today. 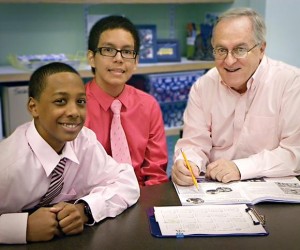 At the heart of Bro. Lawrence’s work is an unwavering commitment to children and a belief that education is the key to changing individual lives and communities. His dream for a school to “touch the hearts and minds” of financially poor children came true with the establishment of The San Miguel School in 1993 with just 14 students and three staff members. Today, the accredited middle school with a professional faculty and thousands of financial and volunteer supporters has more than 240 graduates.

After founding The San Miguel School, Bro. Lawrence served as its president through 2003. He then taught at The De La Salle School, a Miguel model school in Freeport, NY, returning to San Miguel in 2005 as executive director, a position he presently holds. A humble, yet charismatic leader, he is more guide than manager engaging the ever-widening school community in a mission that he lives. He helps each teacher, volunteer, parent, donor, and graduate find the way his/her gifts can touch the life of a child.

Bro. Lawrence is a graduate of Saint Raphael Academy in Pawtucket, RI, and holds a BA from Providence College and MS from Fordham University. He holds honorary doctorates from Saint Mary’s University of Minnesota, Providence College, and La Salle University. In 2012, The San Miguel School established The Brother Lawrence Goyette, FSC Scholarship Fund, managed by the Rhode Island Foundation. The endowed scholarship was established with a founding gift from Almon and Suzanne Hall, longtime friends of the school, and currently has more than $193,000 to benefit current students and graduates. 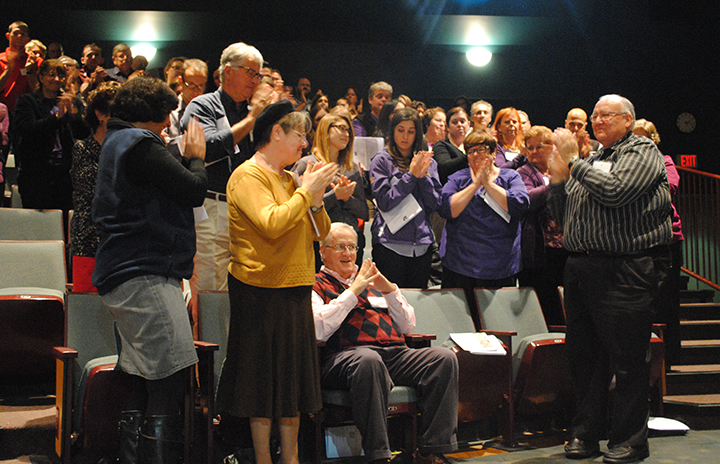 Lasallians in Rhode Island learned Bro. Lawrence would receive the award in a surprise announcement made by Alan Weyland, Executive Director for Mission and Ministry for the District of Eastern North America (DENA). His announcement came during the Rhode Island Lasallian Family Day on November 1, which is a gathering of all Lasallian ministries in the state for a day of association. The event focused on the global Lasallian mission and what it means to be “together and by association.”