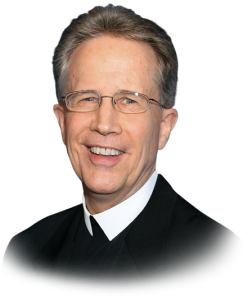 It is with deep sadness that we inform you that Brother Charles “Charlie” Kitson, FSC, 67, Auxiliary Visitor for Community Life and Formation for the District of Eastern North America (DENA) passed peacefully in his sleep in the morning hours of Friday, March 11, 2016.

Charlie was attending the meeting of the Regional Conference of Christian Brothers in Napa, California.

Scroll down for funeral arrangements.

Please remember in your prayers Charlie’s father Charles Kitson, 95, Mr. Kitson’s caregiver Julie, Milly and Bill Herndon, Charlie’s sister and brother-in-law, and the rest of the Kitson family. Also, please remember those in DENA and the many people throughout the Lasallian world whose lives Brother Charles touched.

As we continue to mourn this loss, DENA encourages you to share your words of remembrance on this page on its website or with photos and thoughts on social media using #LasallianFamilyRemembers.