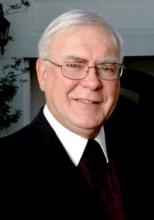 Sacred Heart Cathedral Preparatory (SHC) in San Francisco, CA, has appointed Brother Ronald Gallagher, FSC, Ph.D., as interim president effective August 1, 2014. Brother Ronald brings to the role eight and a half years of experience as president of Saint Mary’s College of California (SMC) in Moraga and will lead SHC for one year while the search for a permanent leader is conducted.

“Sacred Heart Cathedral is an outstanding school. I look forward to working with the entire SHC community in furthering the Lasallian Vincentian mission in San Francisco,” said Brother Ronald in this press release from Saint Mary’s College.

Brother Ronald’s Lasallian roots are deep as he joined the De La Salle Christian Brothers after graduating from Mont La Salle High School in Napa, CA. He later graduated from SMC in 1969, and went on to teach at Saint Mary’s College High School in Berkeley, CA, and serve as a member of the administration at Justin-Siena High School in Napa, CA. He has held other various leadership roles including vice chancellor of Bethlehem University, president of the International Association of Lasallian Universities (IALU), and member of the Board of Directors of the Association of Catholic Colleges and Universities (ACCU).

After serving as SHC’s president for 15 years, John Scudder, Jr., who is also a SMC alumnus, will assist in the area of Institutional Advancement during this transition year.