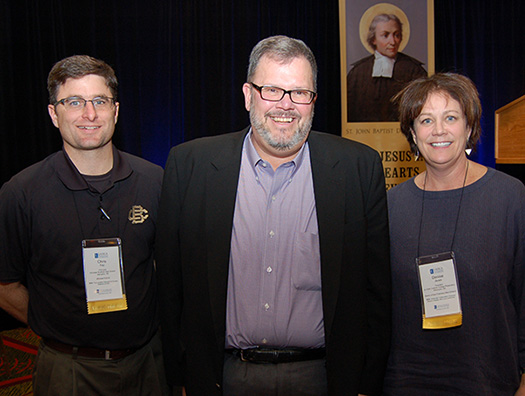 Day two of the LASSCA Conference began Monday, February 23 with welcoming remarks from John Galvan, superintendent of schools for the Diocese of San Diego, followed by prayer which featured a special video message from Brother Robert Schieler, FSC, Superior General of the Institute of the Brothers of the Christian Schools. After prayer, participants held a business meeting that included the election of the new LASSCA Vice President Brother James Butler, FSC, president of La Salle College High School in Wyndmoor, Pennsylvania.

The rest of the day included three general sessions led by Dr. Marisa Guerin, president of Guerin Management Consulting, Inc., where participants also had opportunity to discuss among one another. In her first session, Guerin provided input and opportunity for reflection on how the high velocity world impacts the psychosocial and spiritual dimensions of team leadership for Lasallian educators.

“Team leadership depends on a sophisticated blend of executive function, facilitation skill, and negative capability,” Guerin shared in her presentation. “The first two can be delegated; the third stays with the actual authorized leader.”

Guerin’s second session reviewed the multiple determinants of organizational culture, including the impact of increasing generational distance from a culture shaped by the life of the Brothers. Through research on the emotional intelligence of leadership behaviors, participants used analytical applications of these concepts to address the opportunities and challenges they see to positively impact the culture of a healthy Lasallian school. 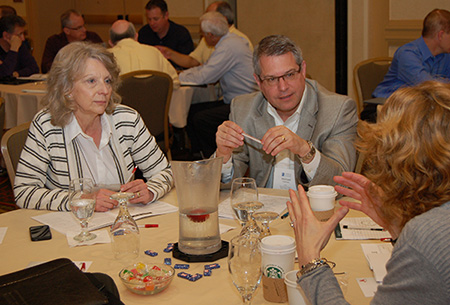 After lunch, Guerin led the final session unpacking the principles, risks, benefits and operational methods for three levels of best practice in succession planning – the individual teacher, the school as a whole, and the networked world of Lasallian educational institutions in the Region.

Monday ended with District socials and dinners held off-site, allowing participants to build stronger community with one other.

Check this page and visit Facebook and Twitter with #LASSCA2015 for frequent updates and pictures throughout the conference.