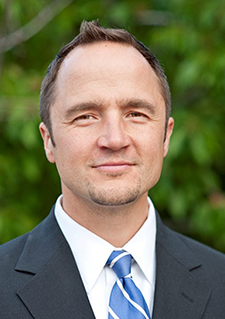 “I am honored and humbled that I was chosen to lead this school,” said Gantt. “I look forward to working to ensure it thrives and is a place where students feel academically and personally challenged, but always supported, safe, and welcomed.”

Gantt expressed that St. Michael’s is an integral part of his life, as he has two kids currently attending the school and another who will join when she is older. Before working at St. Michael’s, Gantt was an admissions counselor and baseball coach for Dakota Wesleyan University and College of Santa Fe, his alma maters. When he started as director of advancement at St. Michael’s in 2011, he oversaw admissions, development, and fundraising efforts, as well as worked closely with the president and principal on the development of the three-year strategic plan.

Gantt succeeds Marcia Sullivan, who is the school’s current president and is resigning at the end of this school year. Gantt will officially take on his new role on May 20, 2014.