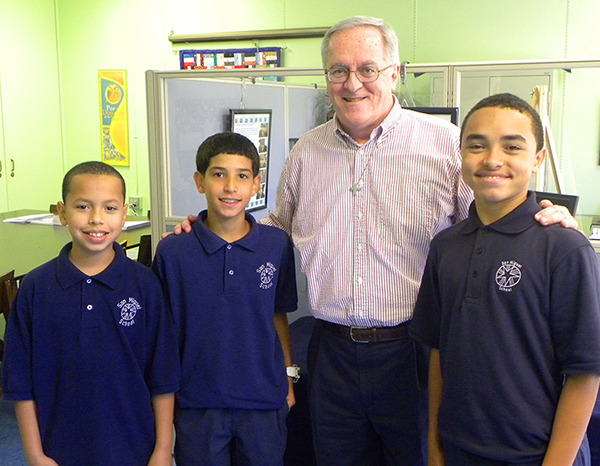 After 20 years of leadership at The San Miguel School of Providence, Brother Lawrence Goyette, FSC, will step down at the end of the academic year. San Miguel has appointed Mark Carty as the next executive director to lead the all-boys middle school that currently serves 64 students.

“It is with bittersweet emotions that I prepare for the end of my journey here at The San Miguel School of Providence,” said Brother Lawrence in a recent press release. “After 20 years at San Miguel, the time has come for me to pass the torch, and I do so knowing that the school is stronger than ever and well-prepared for new leadership to guide it into its future.”

Brother Lawrence founded San Miguel in 1993, which has since become a model for similar schools across the nation. Brother Lawrence also received the Brother John Johnston, FSC Award at the 2013 Huether Lasallian Conference. The Regional award recognized his leadership, teaching, and evangelization that can be seen in his groundbreaking work. Next year, Brother Lawrence will serve part-time as a consultant for a new San Miguel school that is being opened as a division of De La Salle High School in Concord, CA, called De La Salle Academy. He will remain in close contact with San Miguel Providence as a “good-will ambassador.”

Carty joined San Miguel in July 2013 as the school’s associate executive director and has spent the school year preparing for the transition under the direction and vision of Brother Lawrence. 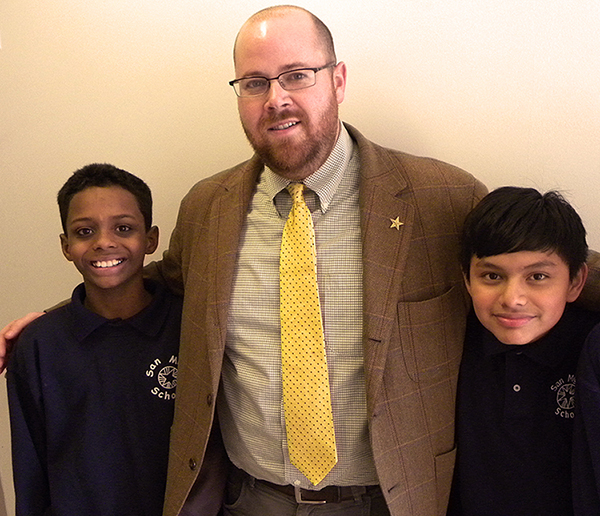 “San Miguel is the lived mission of De La Salle,” said Carty in a recent press release. “I am excited to continue the journey with the dedicated families, faculty, staff, and supporters who breathe life into this sacred mission.”

The school recently received a generous gift that allowed them to purchase its current building on Branch Avenue in December. The gift comes from the Estate of Ben Mondor, who has been involved with San Miguel since 2010. By redirecting funds previously allocated to rental costs, the gift will also fund three student scholarships each year indefinitely. The school is confident that this newfound sense of permanence will allow for future growth and expansion.