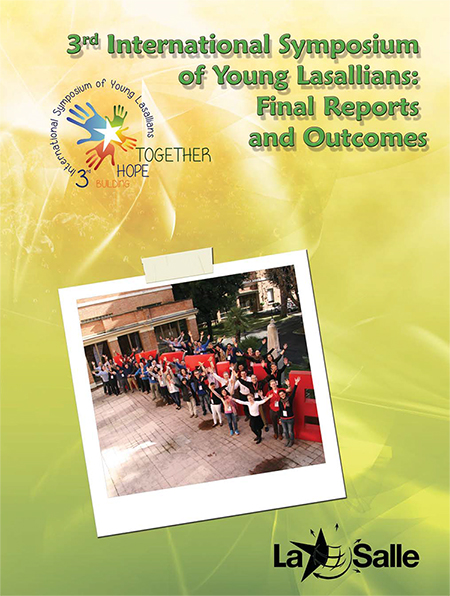 “Interested, inspired, and engaged in the Lasallian Mission we are the future protagonists of the mission, and we commit ourselves to service with the poor,” said the International Council of Young Lasallians in the final report. “We are inspired to be agents of change in our world and we are challenged to be stewards of the vitality and sustainability of the Lasallian Family and the Lasallian Educational Mission.”

The final report includes a fact sheet, projects and actions, information about preparations, the process, and the experience, and a letter to the Brother delegates of the 45th General Chapter.

The theme of the ISYL was Building Hope Together, which included Superior General Brother Álvaro Rodriguez Echeverría, FSC, presenting the group of more than 40 delegates with a challenge to be Generation ‘H’ – the Hope Generation, committed to building together a world that is more livable, more human, and more fraternal.

Initially after the ISYL, the delegates released a message to the Lasallian Family. Throughout the symposium, the delegates from the Lasallian Region of North America (RELAN) shared their experiences in daily blog posts, which also included contributions from other Regions.

Visit the blog to learn more about the symposium, read the posts, and see more pictures >