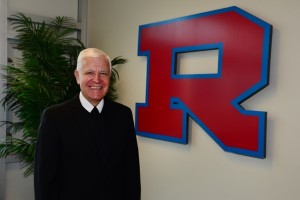 Brother Gale Condit, FSC, will step down as president of Archbishop Rummel High School, in Metairie, Louisiana, and assume the role of development director for the Lasallian Christian Brothers Foundation (LCBF) of the District of San Francisco New Orleans (SFNO). Brother Gale will leave Rummel in June 2016, and begin his role with LCBF July 12.

The transition at Rummel has been in the planning stages since it was announced during the 2014-2015 school year that Bro. Gale would be reassigned after the 2015-2016 school year. Marc Milano, the school’s current principal/CEO will become president/principal CEO effective July 1, 2016.