The Lasallian Social Justice Institute (LSJI) is a formation program for the Partners and Brothers in the Region based on the Gospel and our Lasallian vocation to the promotion of social justice and service to the poor.

Developed by Partners and Brothers, it is a response to the call from both grassroots Lasallians and General Chapters of the Brothers for programs that strengthen “association for educational services of the poor.”

The purpose of LSJI is to promote the continuing process of conversion to solidarity with persons in poverty and to provide an authentic response to the Gospel and our Lasallian vocation. It is designed to be experiential, educational, creatively practical, and reflective. LSJI seeks to help participants draw closer to the world of the poor in order to be evangelized by them. LSJI embodies the Lasallian commitment to association for the educational service of the poor and the rights of children.

LSJI is open to all Lasallians who are engaged in Lasallian ministries across the Region. 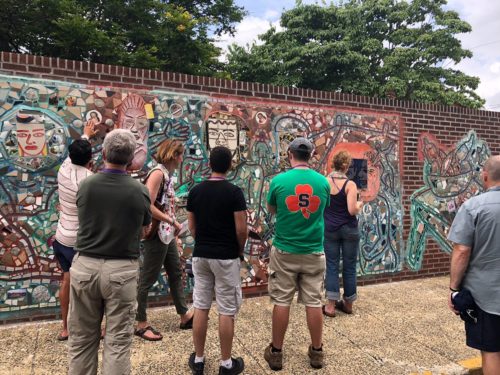