Introducing the Beyond the Borders Initiatives

The Institute of the Brothers of the Christian Schools has announced a new response to reach those in need, one that is rooted in mission and history, influenced by Pope Francis, and grounded in calls from the 45th General Chapter. The Beyond the Borders initiatives, promoted by the Institute’s Solidarity and Development Secretariat, are projects that serve those most in need.

An inspiration for this response came from Pope Francis and a message he shared shortly after his election in 2013: “How I would like a Church which is poor and for the poor!”

(Audience to Representatives of the Communications Media, March 16, 2013).

Remembering Pope Francis’ words and while looking back on calls and responses from previous General Chapters, two propositions came out of the 45th General Chapter in 2014. The first called for Regions to establish and manage initiatives that meet needs expressed in the metaphor of “beyond borders” (Circular 469, Proposition 19), and the second called for the establishment of an international community of Brothers and volunteers that offers vocation ministry and discernment in the context of a community life dedicated to the service of the poorest (Circular 469, Proposition 27). From there, Circular 470 combined these initiatives with a call to “encourage new educational experiences which, while challenging Brothers and Partners to engage in ‘Beyond the Border’ commitments to urgent contemporary needs among the most vulnerable groups, offer to the members of the community a fraternal environment for vocation discernment” (Strategy 2.4).

To answer these calls, the Institute unveiled Beyond the Borders in May 2019. This response encompasses projects in each Region approved by the Brother Superior and General Council. The projects, which have varied funding sources, are based on the following criteria, although they do not need to meet each point in full. The project will 1) be inserted in the project of the local Church dealing effectively with the mission needs of immigrants, refugees, the homeless, unemployed youth, and all vulnerable people, especially children and youth that are found on “the borders”; 2) include the existence of a mixed community of Brothers, lay volunteers and/or members of other Religious congregations; 3) be open to include vocation ministry and discernment in the context of a community life dedicated to the service of the poorest; 4) ensure an enriching community life and proper accompaniment of its members; and 5) ensure its sustainability. 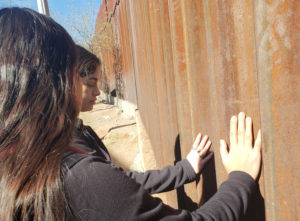 El Otro Lado, which means “the other side,” is a U.S.-Mexico border immersion program that takes place in El Paso, Texas, and Tucson, Arizona, and provides Lasallian students from around RELAN with the opportunity to explore the U.S.-Mexico border and learn about the many complexities surrounding immigration. Through the various program components, the program allows students to interact with humanitarian aid groups, government officials and those directly impacted by U.S. immigration policy. Discussion and prayerful reflection are key components of the five-day program. Download a poster about El Otro Lado > 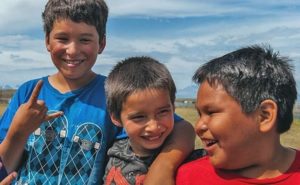 OKI-NI-SOO-KA-WA (Come and See) Blackfeet Immersion provides the participants with an intercultural experience in Browning, Montana. A community of Brothers and volunteers serve at De La Salle Blackfeet School where the immersion takes place. It invites students and teachers to affirm a common bond among all peoples as children of God and challenges perceived boundaries between oneself and others as well as oneself and God. The OKI-NI-SOO-KA-WA Blackfeet Immersion experience includes direct contact with the people of the Blackfeet American Indian Reservation as well as prayer and reflection, all in the context of community, simplicity and service learning. Download a poster about OKI-NI-SOO-KA-WA >

You can learn more about all of the projects on the Solidarity and Development Secretariat website. The autumn 2019 issue of De La Salle Today focuses on these Beyond the Borders projects and other efforts to go beyond the borders.

You can donate to any of the Beyond the Borders projects on the La Salle International Foundation’s website or by sending a check to: