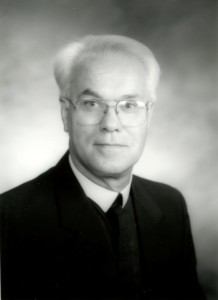 Brother Charles Kelly, FSC, of the Midwest District, died on August 3, 2018 at home in Chicago, IL. He was 81 years old.

ASSIGNMENTS:
During his years as an educator he taught at schools in Vincennes and Hammond, IN, and Addison and Chicago, IL. He also taught in Chiquimula and Huehuetenango, Guatemala. From 1979 to 1988 he was a counselor at La Salle Manor Retreat Center in Plano, IL, and from 1991 to 1998 he was the administrator at Dunrovin Retreat Center in Marine-on-St. Croix, MN. He retired in 2002.