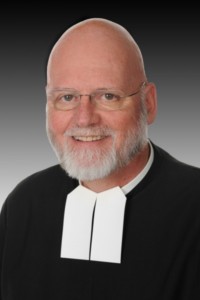 Brother George currently serves as director of the SFNO Lasallian Resource Center, which he and the District Office of Education launched in 2016. He will continue in that role while assuming the secretary coordinator position. Brother George will also continue his service to the Lasallian Publications Committee and Regional formation programs. Brother George will continue to serve as a practicum facilitator and prayer/liturgy coordinator for the Buttimer Institute of Lasallian Studies and a presenter for the Brother John Johnston Institute of Contemporary Lasallian Practice.

Traditionally, the secretary coordinator is tasked with furthering the quality and scope of Lasallian research and studies in the Institute, both independently and in collaboration with other Lasallian researchers. A focus for Brother George when he begins in September will be to continue with the priorities and projects that are in place or in development as per the directives of the Superior General and his General Council. Brother George will succeed Brother Diego Muñoz, FSC, who has served in the position since 2008.

Read the announcement from the Superior General >