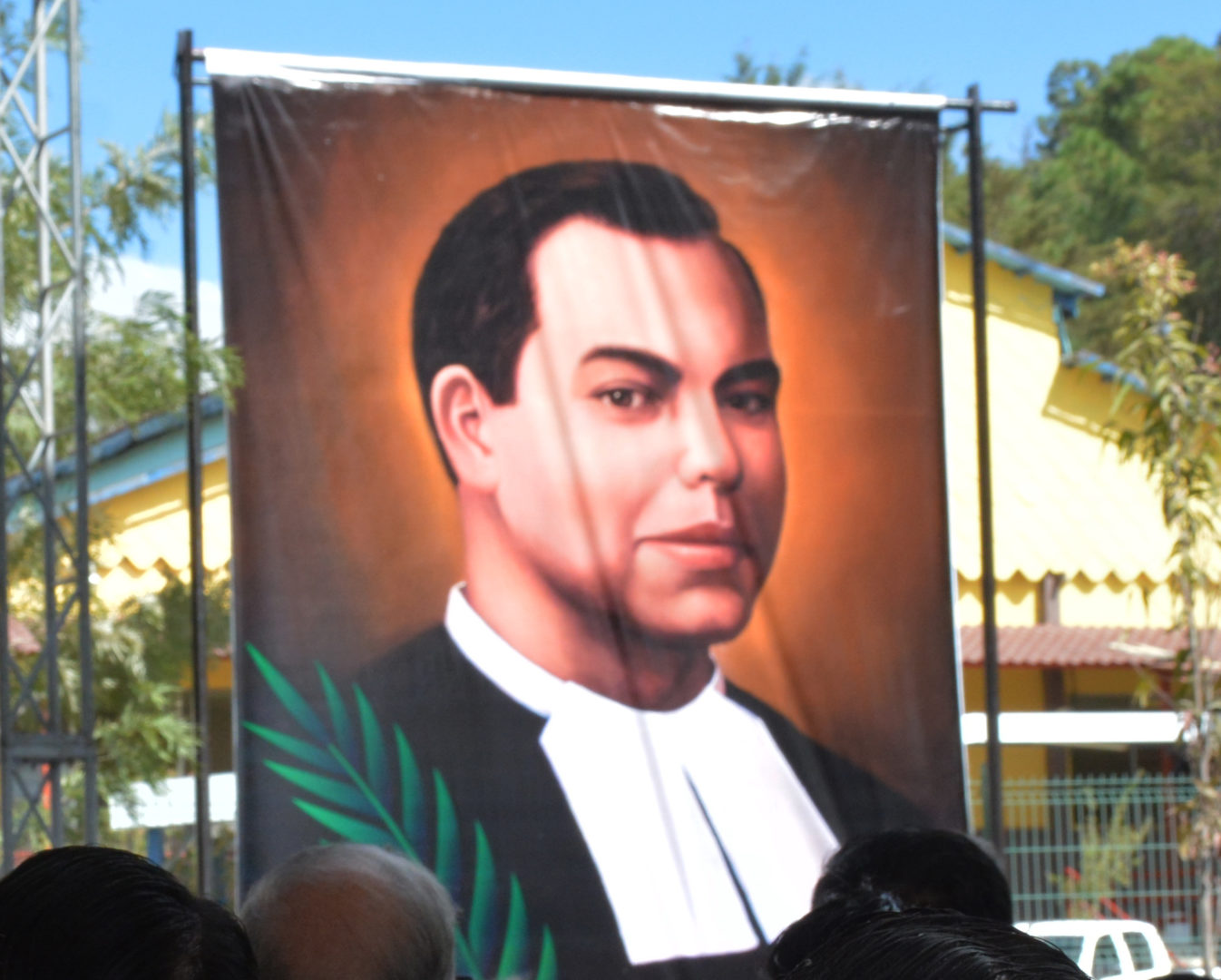 “The life and witness of Blessed Brother James Miller was front and center in the compelling and beautiful beatification ceremonies, to be sure—it was also an occasion to remember the countless number of innocents, predominantly Mayans, who lost their lives in Guatemala’s 36-year civil war. It was for Mayan education and dignity that Brother James dedicated himself,” said Brother Timothy Coldwell, FSC.

Brother Frank Carr, FSC, a classmate of Brother James said, “Jim [Miller] was such an ordinary guy that I found myself reflecting on that simplicity as I was immersed in the inspiring ceremony in Guatemala. It means all of us can be ‘Blessed’ if we live simply AND for others. I look at the official portrait of him and see the almost imperceptible smile on his face and admire him for sacrificing himself for those kids. I was with him for four years, but who would have thought we would witness his beatification?” 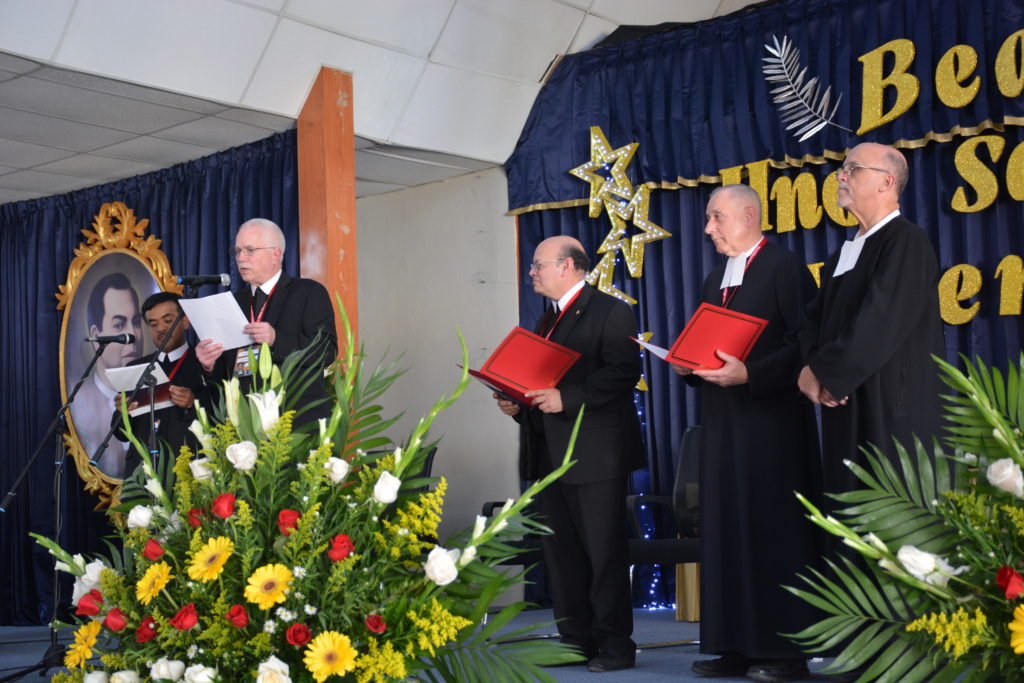 The Signum Fidei Award being presented to the Midwest District and the Central America-Panama District. Courtesy Saint Mary’s University of Minnesota

Following the beatification and luncheon, the Signum Fidei Award was presented to the Midwest District and the Central America-Panama District in honor of both ministries where Brother James Miller served. The Signum Fidei award is the most prestigious award given by Saint Mary University’s. Read more >

To watch a recording of the Brother James Miller beatification ceremony, visit Colegio De La Salle Huehuetenango on Facebook. Search #BlessedBrotherJames on social media for highlights from the beatification.

Brother James, a native of Wisconsin, died a martyr on February 13, 1982, in Huehuetenango, Guatemala. On November 8, 2018, the Vatican announced that Pope Francis approved a decree recognizing that Brother James died as a martyr, an important step in his cause for beatification. The process to declare him a martyr began in 2009. Brother James was repairing a school wall when he was approached by three men, who shot and killed him. As a martyr, Brother James must have one miracle posthumously attributed to him to reach canonization.