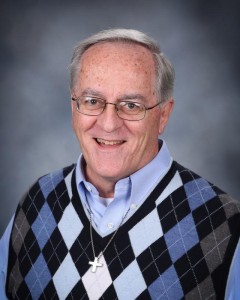 “During these many years of association with over 30 LVs I have become a better person and a better Christian Brother,” said Brother Lawrence. “I have enjoyed all my informal experiences acting as a mentor for so many idealistic Lasallians and I hope I can continue to accompany our LVs, especially in their early formative years as educators.”

Brother Lawrence has been a Brother for 49 years, serving as a teacher and administrator. In 1993, he founded The San Miguel School of Providence, which launched the San Miguel movement in the Lasallian Region of North America (RELAN). Today, there are 11 San Miguel schools in RELAN, which serve at-risk youth typically in grades five through eight.