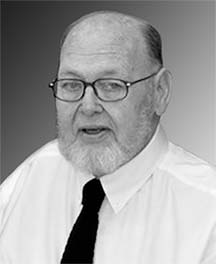 Saturday, October 13
Visitation at 9:00 a.m.
Stritch Chapel, Christian Brothers University, Memphis, TN
A Mass of Christian Burial will be celebrated at 10:00 a.m. in the Stritch Chapel.
Interment is at 3:00 p.m. at St. Gabriel Cemetery in Mound Bayou, MS.

A De La Salle Christian Brother for 66 years, Brother Pius was born Robert Eugene in Platte City, MO, the son of Ray and Betty (Seuell) Kamphefner. He graduated from La Salle Institute in Glencoe, MO, and then entered the novitiate of the Christian Brothers. He pronounced his final vows in 1955 in Winona, MN. Brother Pius earned a B.S.S. degree in 1950 and an M.A. in 1960 both from St. Mary’s College (now University) in Winona. During his career as an educator he taught in Evanston, Chicago, Quincy and Wheaton, IL, Wichita, KS, and in Kansas City and Cedar Hill, MO, and was a house parent at Mercy Home in Chicago. He taught at St. Joseph H.S. in Greenville, MS, and at St. Gabriel School in Mound Bayou, MS. In 1993 he became the resident lay ecclesial minister at St. Gabriel Church. Survivors include his brother Don (Helen) Kamphefner of Gladstone, MO, nieces and nephews, and the De La Salle Christian Brothers.