Camp De La Salle, one of the four main ministries of the District of Francophone Canada, will close by early 2015.

Brother Louis-Paul Lavallée, FSC, Visitor of the District of Francophone Canada, announced the closing of Camp De La Salle in a letter posted online September 24th. The center experienced a financial strain because of a decline in weeklong campers over the past 15 years and an underuse of its 37 buildings from mid-August to mid-June. In closing his letter, Brother Louis-Paul thanked the Brothers and lay Partners who worked enthusiastically with youth at Camp De La Salle. 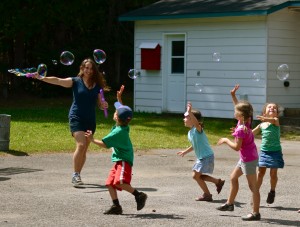 Camp De La Salle’s community will likely close by the end of the month. The center is not accepting new reservations and will close in early spring 2015.

Camp De La Salle is located in the Laurentides Mountains in Saint-Alphonse-Rodriguez (Québec), which is about one hour from Montréal. The Brothers founded the center in 1952.