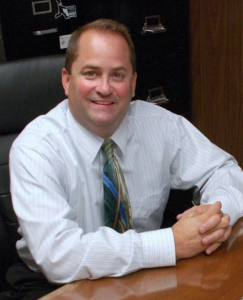 O’Connor will be the 47th principal to serve at CBHS since its founding in 1876. He is currently the principal of Archbishop O’Hara High School in Kansas City, Missouri. O’Connor has 22 years of experience in education, including tenures as teacher, coach, dean of students, athletic director, assistant principal and principal. He holds a bachelor’s degree in education from the University of Missouri, Columbia, and a master’s degree in school leadership from Baker University, Kansas City, Kansas.

O’Connor will succeed principal Mary Hesser, who has announced that she will retire at the end of the 2015-2016 academic year after six years of service.