The 45th annual Huether Lasallian Conference concluded Saturday, November 17 with a Mass and banquet honoring the 2018 Distinguished Lasallian Educators (DLE) and the Brother John Johnston, FSC Award honoree. The DLEs represent the District of Eastern North America, the Midwest District and the District of San Francisco New Orleans. They were selected by their ministries and recognized for their exceptional work in touching the hearts and minds of their students, often leaving a lasting impression that makes a difference in the world. 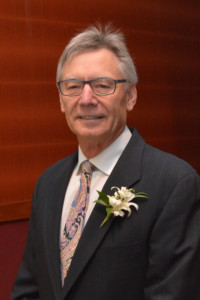 Gery Short, AFSC, former director of the Office of Education in District of San Francisco New Orleans, received the Brother John Johnston, FSC Award to recognize his significant service to the Lasallian mission. As a member of the first generation of lay persons to play a significant role in the leadership of the Institute, Short set the stage for an increasing number of lay men and women to step into leadership roles at local, District, Regional and international levels.

“I am very honored and feel quite fortunate to receive this honor on behalf of the Lasallian Region of North America. Please know I cherish my work and involvement with educators from the District of San Francisco New Orleans and from across this Region. The Lasallian mission is a great gift to many, and I have greatly enjoyed and feel blessed to have partnered with so many wonderful Brothers and Lasallian Partners who have contributed to the life and advancement of this mission across North America and beyond.” 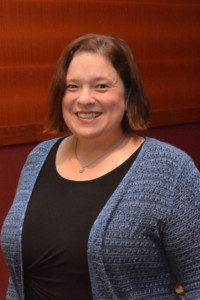 Christine Bridges Estes is now in her 21st year as a Lasallian educator, serving first at Saint Raphael Academy in Pawtucket, Rhode Island, and now in her 8th year at La Salle Academy. Christine is a highly regarded and beloved religion teacher and campus minister as well as the current chairperson for the Rhode Island Lasallian Associative Group. Grounded in her Catholic faith and Lasallian values, she engages students and adults alike in a journey of faith and zeal. Social justice, service learning, concern for the poor and marginalized, mentor, team player, unwavering and humble are but a few of the terms that her students and colleagues ascribe to her. She is an extraordinary “Lasallian without Limits.”

“Really humbling, but I also feel that it really does belong to the community that I work with back at La Salle. I work in a team with three other people, and we have each other’s backs. We work in such close collaboration that I feel like the award belongs to the office, but it also belongs to all the educators that I work with at La Salle. They’re such dedicated, faithful people of incredible zeal that I feel like the community nurtures that vocation.” 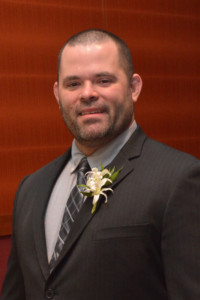 Matthew Butler has served as a religion teacher and coach during his 12-year tenure at Christian Brothers Academy. Recently, he transitioned to campus minister in light of his significant involvement in retreats, service and immersion programs. He has introduced programs to help young men better understand the challenges of socio-economic poverty and reflect upon how they can make a difference now and in the future. His partnering with Special Olympics has offered his students the privileged opportunity to work with special needs individuals. He is involved in parish Youth Ministry and is engaged in several community projects. His commitment and actions truly help transform Christian Brothers Academy and the surrounding community.

“It’s very humbling. You start to think of all the things you can do better and you want to do better. It’s more of a reminder of all of the things I want to continue to do and improve upon than it is standing on your laurels. It’s really a humbling reminder that I could do even more.” 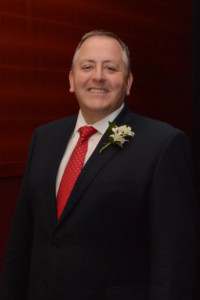 Jeffrey Mancabelli has served as assistant principal, principal and now president during his 20-year tenure at St. John’s College High School. He has been both the first non-Brother principal and president. Among his many achievements are a comprehensive strategic plan, the creation of the Entrepreneurial Center for Innovation and Leadership, a 48 percent increase in endowments, more than $35 million in capital improvements, significant Lasallian formation within the faculty, and the creation of a robust campus ministry program benefitting all students. Jeff’s vision and leadership embody this year’s Huether theme of “Limitless Potential: Transforming Lasallian Communities.”

“So much of my experience at St. John’s has been around a community and a family, so to be recognized for something that I truly love was just a wonderful honor. It really feels like I just got to live a life of great community.” 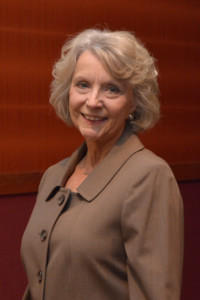 Kathie Brown has been the only principal Holy Family Catholic High School has ever known. A woman of vision, grit and grace, Kathie has spent her career in Catholic education in service to others while offering a model of inspirational Catholic leadership to all. Her embrace of Saint John Baptist de La Salle’s teachings have fostered a school culture where an animated Lasallian spirit is witnessed in all things. Kathie is a person who, 20 years ago, saw the limitless potential of 72 acres of Minnesota farmland and transformed a dream into the beautiful reality that is Holy Family today.

“We don’t work for awards. Awards exist to remind us there is more work to be done by passionate and committed people who believe in serving young people and their families. The DLE is a symbol of our shared responsibilities.” 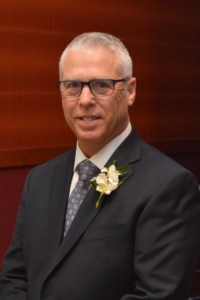 Dr. Jack McClure serves as program director for the doctoral program in Educational Leadership (Ed.D.) at Saint Mary’s University of Minnesota. In his 12 years at Saint Mary’s, Dr. McClure has been committed to transmitting the Lasallian mission through his classroom teaching and in the many ways he serves the Saint Mary’s community. In primarily teaching adult learners through the school of graduate and professional programs, Jack has been an active participant in modeling dialogue, inviting students deeper into the Lasallian experience, promoting diversity, and continually investing his own time in learning more about the Lasallian mission through District, Regional and international formation and teaching opportunities.

“I’m overwhelmed. There is no question there are many other deserving people, but I am honored. I am pleased to the extent that I am able to represent other folks in the higher education realm, broadly and Saint Mary’s specifically, I’m pleased to do so.” 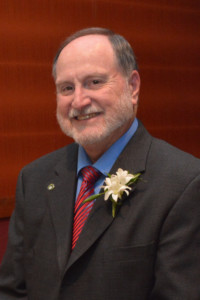 Pat Bonacci, AFSC, has lived the Twelve Virtues of a Good Teacher throughout his life as an educator and mentor, especially during his time at La Salle High School where, for more than 20 years, he served as dean of students, director of admissions, dean of studies, assistant principal, principal and, more recently, as vice president for mission. Pat is consistently present at lunch, breaks and sporting events to students, faculty and parents on a daily basis. He has supported teachers and staff as a mentor and friend, helping them achieve the best for themselves and, most importantly, for the students entrusted to their care. Whenever a student, parent or colleague needs his support, Pat has been there for them as an older brother.

“I am honored to receive this award and humbled to be in the company of so many distinguished Lasallian educators. As I enter my 47th year of being a Catholic school educator, I know without a doubt that God is directing my journey. I am so grateful that the journey brought me to Lasallian education – first as a student at Saint Mary’s College of California and for the last 33 years as an educator at the sacred community that exists at La Salle, Pasadena.”