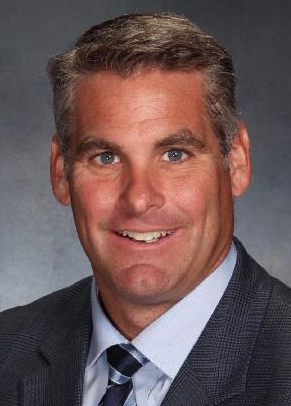 A member of the CBA faculty since 2002, Fales is an experienced teacher, coach and educational administrator. He has served as CBA’s associate principal for student affairs since 2007, a role in which he oversaw student life, including areas of discipline, extracurricular activities, transportation and campus security. Fales is also a member of the Brothers of the Christian Schools Mission Executive Council for the District of Eastern North America as well as CBA’s Buildings and Grounds and Strategic Planning committees.

“I am humbled by the opportunity to lead this great institution to which I have committed my career,” said Fales in an announcement from CBA. “I understand the awesome responsibility that lies in front of me, and I’m excited to guide CBA in the progress necessary to continue its traditions and excellence in the 21st century. My vision of CBA is a place that not only imparts knowledge, but develops Christian gentlemen of strong moral character, who are aware of the larger world and are ready to responsibly serve in society.”