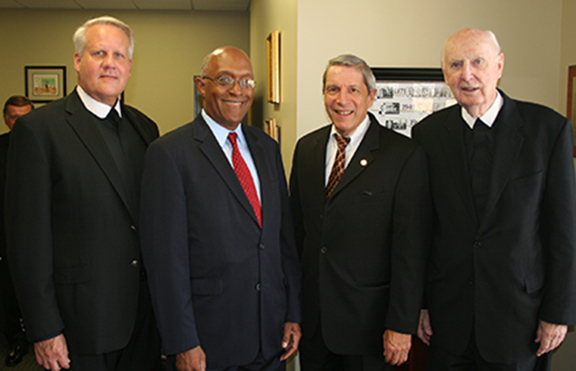 Jesse Turner, Jr. made history when he integrated CBHS on his first day of his freshman year on August 26, 1963. The ceremony, held exactly 50 years later to the day, also recognized Brother Terence McLaughlin, FSC, who was president of Christian Brothers College (now Christian Brothers University) in 1963 and who was responsible for making the historic decision to allow Turner to attend the school.