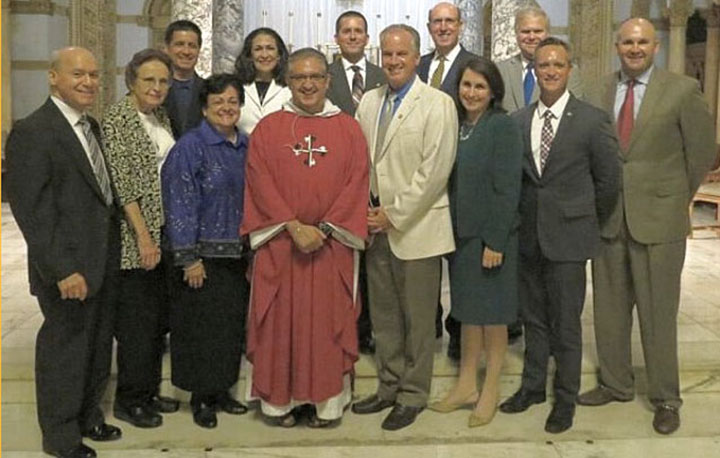 As the 2015-2016 school year gets underway, Christian Brothers School in New Orleans, Louisiana, is looking to the future by celebrating and planning for an expansion in 2016-2017. The school will expand to include the St. Anthony of Padua campus in order to comply with the new unified grade structure of the Archdiocese of New Orleans.

To celebrate this expansion, faculty, staff, students, parents, alumni and friends of both schools gathered for a Next Generation Mass and reception at St. Anthony of Padua Catholic Church on August 14, 2015.

As part of the celebration, Christian Brothers School announced its new leadership structure to start with the 2016-2017 school year. Scaffidi, who currently serves as president/principal, will serve as president for both campuses. Each campus will have its own leadership teams.

The current campus will continue to educate boys in grades five through seven under principal Michael Prat. Prat currently serves as Christian Brothers School’s disciplinarian and has been a teacher and administrator at the school since 2001. The St. Anthony campus will educate boys and girls in pre-K through fourth grade, and girls in grades five through seven with Heath Barker as principal. Barker joined the Christian Brothers School faculty in 2002 and has served as an
administrator for the past five years.

The expanded school will remain under the governance of the Christian Brothers, while embracing both the Dominican and Lasallian charisms. It has also adopted a new logo, pictured at right, to signify the beginning of the change.