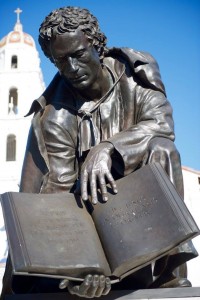 After two weeks immersed in Lasallian history, pedagogy, spirituality and community, participants of the Buttimer Institute of Lasallian Studies are returning to their ministries with a renewed passion for the Lasallian mission.

Buttimer brings together participants for two weeks over three summers to study the life and work of St. John Baptist de La Salle and the origins of the Lasallian mission. The intensive formation program also provides an opportunity for classmates to live in community with Lasallians from ministries in a variety of countries.

“This transformative experience has given me a stronger connection to our Lasallian family and I look forward to sharing this experience with my colleagues at Lewis University,” said Anne Rapp, a Buttimer III participant who serves as an assistant professor in the School for Professional and Continuing Education at Lewis University in Romeoville, Illinois.

Sharing their experience is something participants hope to do each year as they leave Buttimer. Elizabeth Hamer, a Buttimer I participant and English teacher at Mullen High School in Denver, Colorado, said the opportunity to engage with Lasallians from around the world reinvigorated her for the mission.

“I will bring back to my school and my classroom a deep appreciation of time, patience and reflection in order to better see the path God has laid out for me,” Hamer said.

Collin Pugh, a Buttimer I participant and the coordinator of the Tutoring and Academic Skills Center at Saint Mary’s College of California, credits Buttimer with giving him a better understanding of who St. John Baptist de La Salle was. 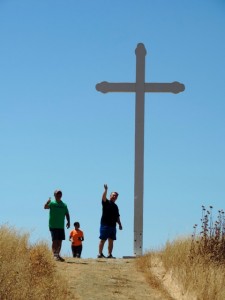 [Buttimer] reminded me that the work we do should always be student centered, compassionate, caring and motivational,” said Pugh. “I learned that there is true strength in numbers and the support of community.”

At Buttimer, that community is international, which enriches the experience for so many participants. This year, 27 of the 96 participants were from outside of the Lasallian Region of North America, from places including Italy, Australia, Singapore, Canada, New Zealand, Ethiopia, Nigeria, the Philippines, South Africa and Jamaica.

“What struck me was getting so close so FAST to educators from around the world,” said Cheryl Cox, a coordinator and transfer counselor at Saint Mary’s University of Minnesota. “I never would have thought I’d be taking a stroll to Fisherman’s Wharf with my colleague from Minnesota as well as new friends from New Zealand, Australia, South Africa and Nigeria.”

Jonathan Byrne, a Buttimer I participant from Oakhill College in Sydney, Australia, called the opportunity to connect with Lasallians in formation enlightening.

“Men and women committed to the vision of the founder and, as lay Partners, commitment to providing a Christian education for young people who live in the modern margins,” said Byrne. “I have made connections within the Institute that will help me progress the mission in my context.”

This year’s Buttimer Institute took place June 26 – July 8 at Saint Mary’s College of California in Moraga with 40 participants in Buttimer I, 31 in Buttimer II and 25 in Buttimer III. Buttimer, a program of Christian Brothers Conference, began in 1984, and is named in honor of Brother Charles Henry Buttimer (1909-1982), the first American Superior General of the Brothers of the Christian Schools (1966-1976).